Chinese company DJI has launched its new masterpiece. This product, called Dji Mavic Mini, challenges its competitors with special capabilities. The new images we received from drones with camera Mavic Mini today clearly show how small this folding plane is. These pictures show that you can easily hold the drone in one hand. Users who want to compare this DJ quadcopter with Mavic Air 2S and Mavic 2 Pro should know that Mavic Air is about 2 times more expensive and Mavic 2 pro is about 3 times more expensive than Mavic Mini. 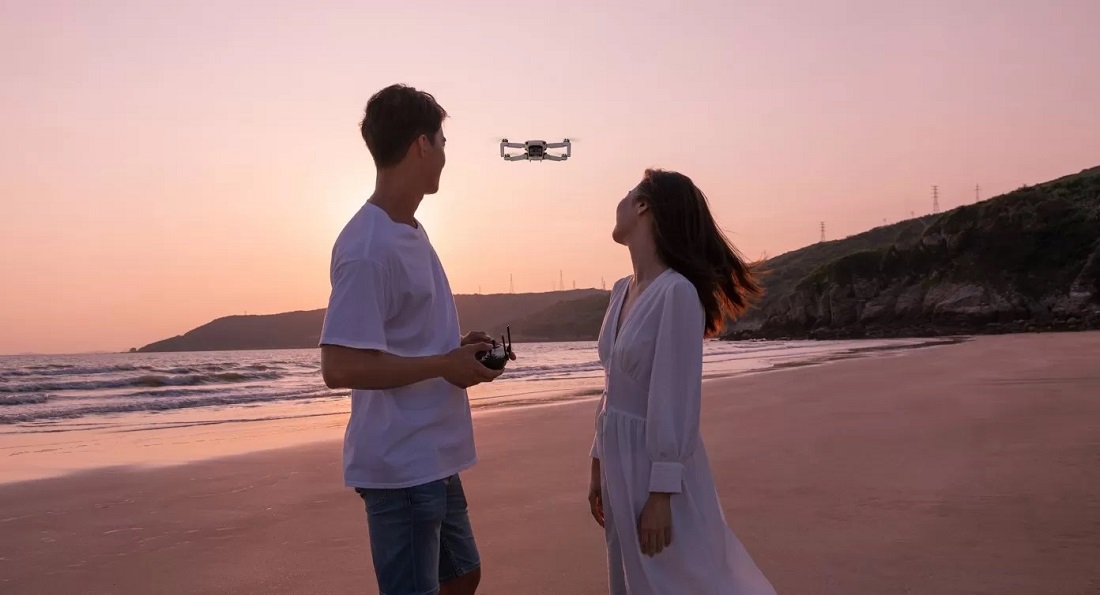 In 2020, DJi launched one of its best drones, the Mavic Air 2. This product, which is an upgrade of the original version of Mavic Air, has many features and has been able to include the best capabilities in this device. The Mavic Air 2 has a flight time of 34 minutes, and with 48-megapixel images, it has an ideal resolution for shooting and filming.

Below you can see the pros and cons of the Mavic Mini in a nutshell.

There is a slight problem when connecting
No obstacle detection sensors
Does not have 4K or 2.7K / 24fps video option
Does not support raw images or HDR

This drone with camera has a 2.7K and full HD camera for recording professional videos for the bride and groom’s studios, as well as filming and filming while traveling or going to parties, etc. But the feature that makes the title of Mavic Mini worthy of this quadcopter is its small size. In the continuation of the same content from Quaduae, shopping center drone dji, be with the specialized staff of this agency with a complete the full introduction of this video quadcopter.

As we have announced in the introduction of this product, one of the most important features of this bird is its weight and low dimensions. The bird is made in a folding way that after the flight, its arms can be folded and carried and stored in a small space. The bird has a length, width and height of 24.5 x29x5.5 cm in flight, but by folding its wings, these dimensions are reduced to 14 × 8.2 × 5.7 cm. The company has tried to make this drone the size of a cell phone, or rather smaller. Meanwhile, the weight of this DJI quadcopter is about 250 grams, which with a low capacity battery, it can fly for about 30 minutes. The use of powerful brushless propulsion, multiple control speeds and professional flight control are other ideal features of this multi-rotor. 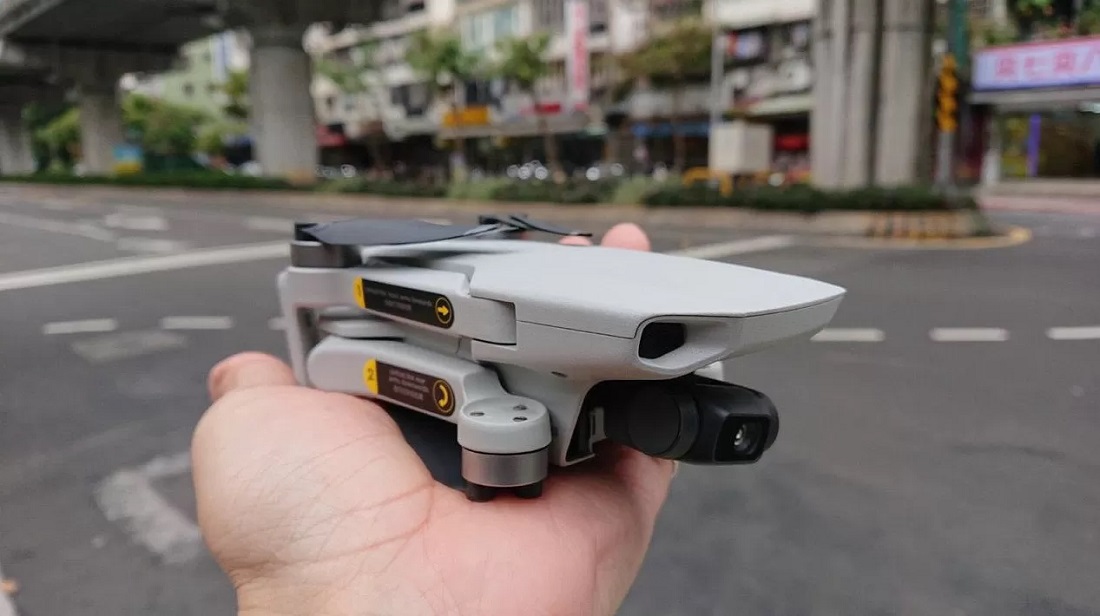 The Mavic Mini imaging sensor is a CMOS 1 / 2.3 mounted on a three-axis gimbal mount. The camera is capable of capturing 12-megapixel images and clear movies with a resolution of 2720×1530 pixels and 25 to 30 fps. The camera lens has a focal length of 24 mm and an aperture of F2.8. The wide field of view of this camera is 83°, which can be expanded to some extent by using the rotation of the gimbal. The ISO of the images can be adjusted manually from 100 to 3200. The ISO range of the videos is also equal to 100 to 3200 automatically. The Mavic Mini camera has a bit rate of 40 MB / s and its media can be extracted in JPG and MP4 formats. But in addition to these features, photographers can take very professional cinematic images with a few strokes. And edit them using the DJI Fly app and share them on virtual networks.

Although the Mavic Mini is a professional drone with professional capabilities, it also has some problems that we will mention. The DJI Mavic Mini does not have obstacle detection sensors, which can lead to many hazards such as collisions with people, vehicles and much more. In addition, on our test flights, there were a few problems with the connection that were annoying. Also, this quadcopter can not record 4K movies and does not support the 2.7K option with 24 frames per second. The camera is also not capable of capturing raw or HDR images.

Use of three Axis and powerful gimbal

The Mavic Mini drone is mounted on a three-axis shaker that neutralizes all vibrations from the drone moving on the three axes up / down, back / front and right to left. When moving around and reorienting, the camera changes direction in the same direction as the bird, which in turn causes an irregularity in the films. However, despite a stabilizing mount between the camera and the helicopter, this irregularity is reduced and as a result, a clear and integrated video is recorded.

The DJI Mavic Mini drone has a GPS satellite locator with GLONASS that receives spatial data with high accuracy from the world’s most advanced satellites. This GNSS module stores all the coordinates during the flight, especially the coordinates of the flight location, so that in case of emergency, it can return the Mavic Mini aircraft to its take-off location automatically and completely intelligently.

The power supply of this multi-rotor is lithium and rechargeable. Mavic Mini has a 2.2 cell battery with a capacity of 2400 mAh. With a full charge of this battery, you can learn about 30 minutes of continuous flight. A standard number of batteries is provided in the standard product package. But with the Combo Mavic Mini, an extra 2 batteries are offered to customers so that they can spend more time flying with this aircraft and also record more pictures and videos.

Use Quick Shot for easy and smart shooting
Dronie: By activating this mode through the DJI Fly program, you can start flying at an angle of 30° to the takeoff level.
Rocket: With this mode, you can detach yourself completely from the surface of Tikaf.
Circle: Circle model or circular flight around the subject is another flight mode of Mavic Mini aircraft that can be used to rotate around the subject in a circular motion.
Helix: This flight mode is the same as the previous case of Tikaf, with the difference that in this mode, the radius of the flight circles increases as time passes.

Folding remote control with a range of 4 km

The remote is intended for the folding Mavic Mini UAV, which has a frequency of 2.4 GHz for bird control and 5G for receiving live images and videos. Users can connect their mobile phones to the remote via connection cables and provide the necessary settings using the DJI Fly program. Holder for tablet and smartphone for this remote, which supports devices with a length of 165 and a thickness of 6.5 to 8.5 mm.

The DJI Fly flight control application will allow users to have a comfortable and professional control. With this application, you can take advantage of special shooting modes, as well as edit images and videos and share them in cyberspace. Users can install this application on their smartphones with iOS and Android operating systems and control the quadcopter using their smartphone display. The virtual joysticks that appear on the screen change their position easily, and by pointing to them, you will see the position change in the quadcopter. 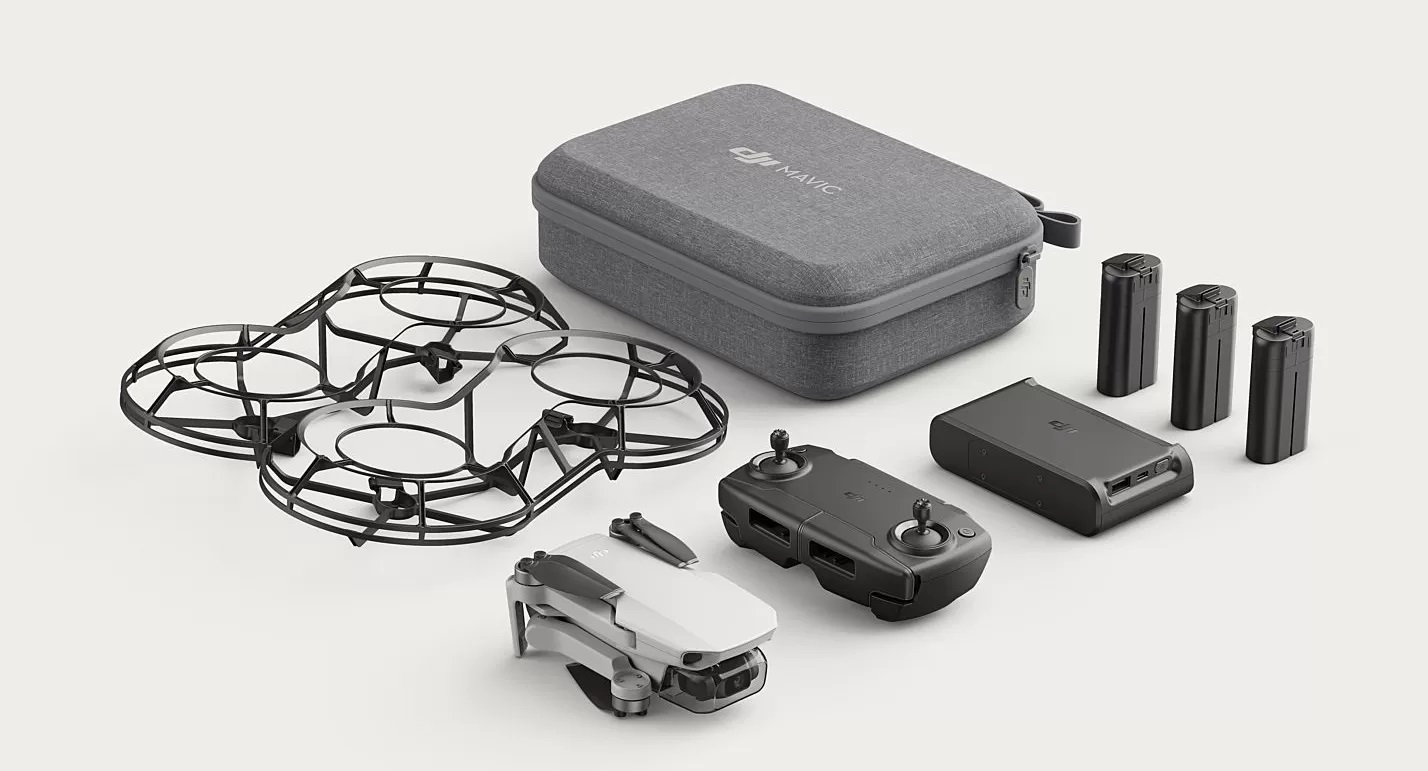 Customers and enthusiasts who want to buy this quadcopter can buy a combo pack or standard Mavic Mini directly from dji store dubai. 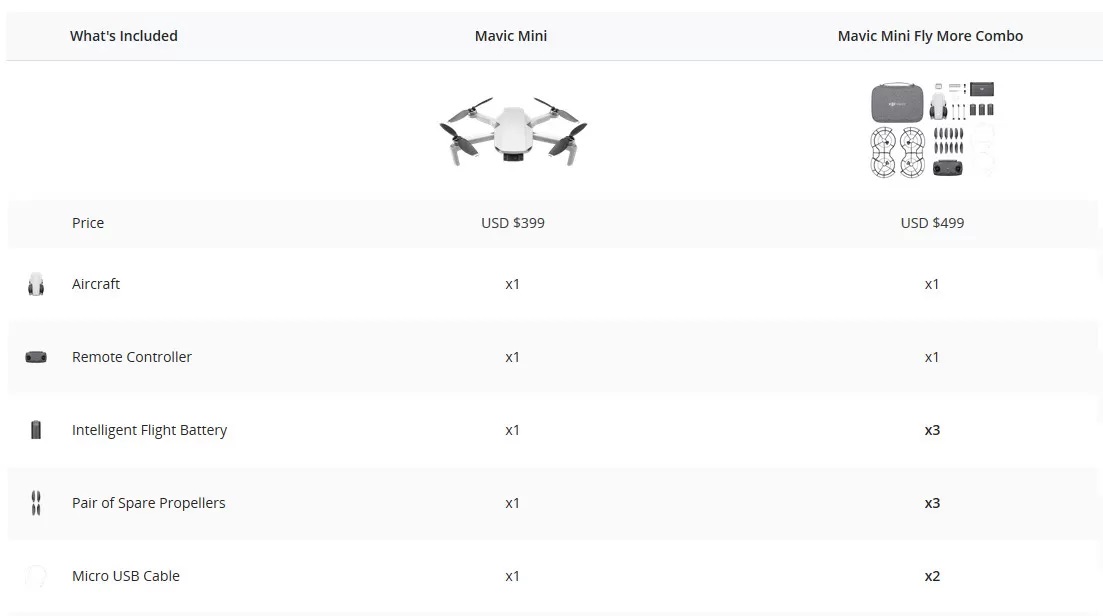 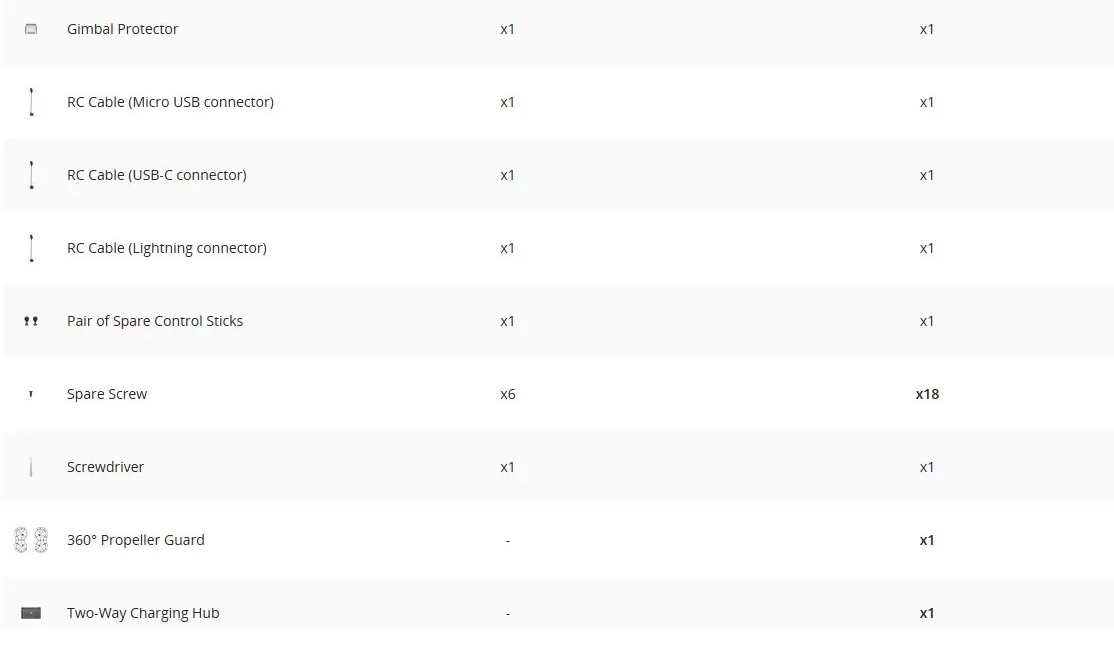 An upgraded version of the dji mini 2 is now available, which you can view and purchase here.

Be the first to review “DJI Mavic Mini” Cancel reply