Finally, after a long wait, the mavic air 2 drone was unveiled at on April 27th. A drone that could be DJI’s flagship in 2020 as well. Where there is no news about Mavic 3 Pro yet. Now we have to see the power of this version of Mavic Air. Mavic Air 2 with 4K camera and 34 minutes charging duration that it uses is an ideal purchase for professional shooting and video recording. In fact, those who have ever wanted to buy Mavic 2 Pro or Phantom 4 Pro can make their choice. Mavic Air 2 has many smart flight modes that make multi-rotor very easy to use. In the continuation of this content, we intend to expertly Introduce this drone dji for those who are interested. Join us now from quaduae with the introduction of this drone with camera and professional. 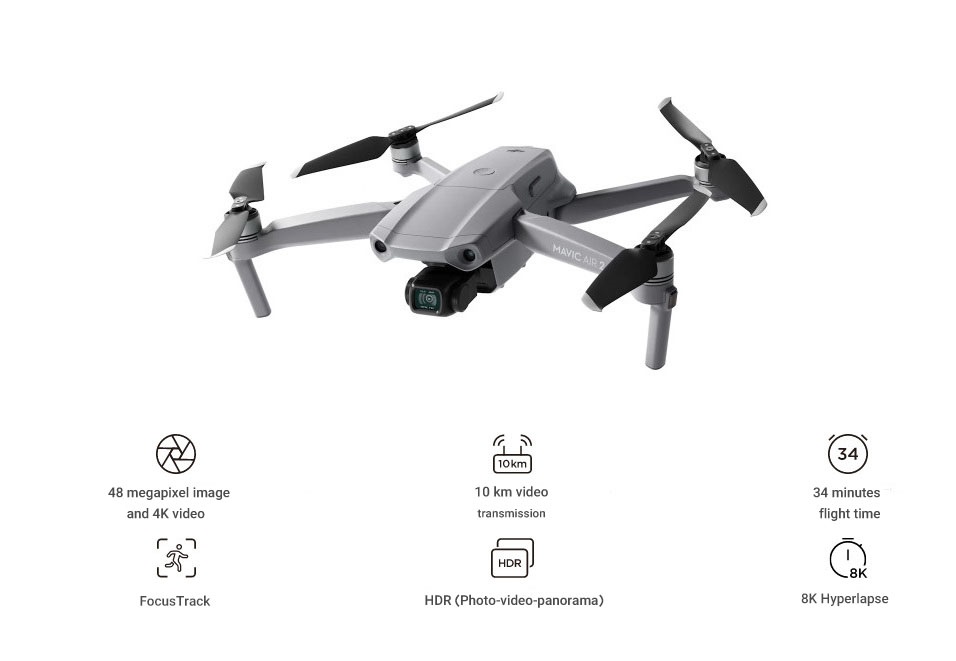 No matter how poor the DJI was in unveiling the Mavic Mini. But in DJI Mavic Air 2, it has fixed all the weaknesses. And has launched a powerful drone with advanced features and great price. A drone that even the combo version is cheaper than Mavic Air. DJI has offered this version of Mavic Air for $ 799 for the standard pack and $ 988 for the combo pack.

In general, we found some positive and negative points in it;

– Flying with it is very easy
– Compact and portable design
– 48 megapixel images
– Improved battery life for long flights
– Its video and video quality is ideal
– 8K Hyperless Images
– HDR videos and images for more details
– Use the ActivTrack 3.0 feature in the new version

The camera mounted on the multi-rotor uses a 1/2-inch CMOS sensor for imaging with an image resolution of 12 megapixels or 48 megapixels. In terms of 48-megapixel images, you should know that the camera has the ability to tweak a few back frames that record in a period of 1 or 2 seconds and produce an image with a resolution of 48 megapixels. In fact, it can be said that it produces a panoramic image with a size of 48. The camera lenses are 24 mm wide and have a viewing angle of 84 °. A basic principle in cameras is the type of aperture, which for this camera is an aperture size of F / 2.8. As the camera aperture decreases, its outputs do not have enough brightness. In fact, the wider the camera aperture, the more light reaches the back of the lens and the front of the sensor, which increases their brightness. The camera’s focus range is from 1 meter to infinity. The H.265 codec captures more detail, and files recorded with it take up less space.

Let’s say from the ISO of images and videos, where the ISO rate for movies is from 100 to 6400 and for images from 100 to 6400 is manually adjustable. Of course, for 48-megapixel images from 100 to 3200 can be adjusted by the user. For shooting with Mavic Air 2, you can use many shooting modes such as standard single shot mode, giving the camera time to provide all the background and other modes. The size of the 48-megapixel images that the camera captures with a new technique is 8000×6000 pixels. 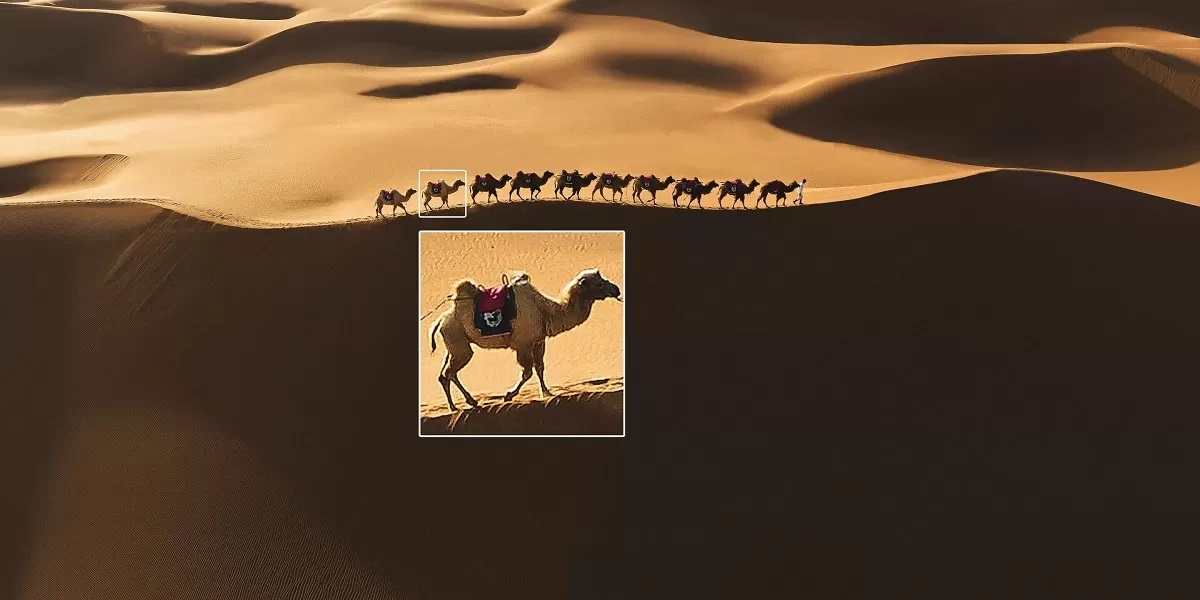 Another good thing about the Mavic Air 2 camera is its bit rate, which uses a bit rate of 120 Mbps for this camera. Therefore, H.264 and H.265 video codecs output videos in MPEG-4 AVC and HEVC formats. Although the original version of Mavic Air uses 8 GB of internal memory, it is likely that this memory will be increased in the new series. Its microSD card slot has 256 GB of dedicated memory.

Mavic Air 2 is portable and user-friendly

The new version of Mavic Air is made with a slight difference from the original model. From the same folding design, but a little bigger, which makes it gain weight. Users have been very critical of the low weight of the Mavic Mini, which the company has increased the multi-rotor in this weight. Excess weight may reduce drone flight time, but low weight can also cause flight instability. Examples are toy drones that are out of the operator’s reach in adverse conditions with strong winds.

Mavic Air 2 is an ideal option for traveling and hiking due to its weight of 570 grams and folding wings. DJI has designed the product with the same color as before, which is famous in Mavic quadcopters with this color. This guided and remote controlled bird is made in dimensions of length, width and height of 18 × 9.7 × 8.4 cm.

POI 3.0: Rotate around the subject

Enable this feature, then select a point and instruct the quadcopter to rotate around it automatically. The abbreviated PIO is the famous phrase Point Of Interest, which means rotating around a selected subject or axis. In such movements, the quadcopter pays great attention to maintain its radius.

Obstacle avoidance sensors in all directions help the quadcopter to detect and avoid obstacles. The DJI says that these sensors can calculate the distance of obstacles from a distance of half a meter to 22 meters, but they are able to detect obstacles up to a distance of 40 meters. The Vision system is dual mounted at the bottom, which is a great response in its own right. The viewing angle of these sensors is 71 degrees horizontally and 56 degrees vertically. But the rear-facing sensor has a smaller viewing angle. In all cases, when the speed of the quadcopter exceeds 12 meters per second, this surveillance system is not able to detect obstacles.

The company uses APAS 3.0 to improve the quality of these vision systems, which makes it faster and easier to detect obstacles. The system now provides a map of its surroundings that increases the bird’s intelligence to identify obstacles. But in addition to the Vision sensors that are used to avoid obstacles, the quadcopter has infrared sensors on the left and right sides that easily detect obstacles. These sensors operate in the light that their range and quality of barrier measurement is less than that of vision sensors.

In all flight modes, such as TapFly, Active Track, where the multi-rotor takes a default path or intelligently follows the target, the FlightAutonomy system is essential, as it detects obstacles in the way of the aircraft. And removes it from any danger. When the quadcopter detects obstacles, it bypasses them if possible, but floats beside them if there is no way to bypass them. Mavic Air 2 goes through all the obstacles like crazy.

Mavic Air 2 is imbued with all the good technologies and features, one of which is the possibility of HDR video recording, which makes you get more details from a photo or even a video. Noteworthy for users unfamiliar with HDR This feature makes all the details of an image such as their protrusions and indentations visible to you. To put it simply, when you look at these pictures or videos, it is as if you are watching a scene with the natural eye. To record these videos, the camera combines multiple images with different brightness, resulting in an HDR image. Verbin can also produce these images in the form of panoramas, which capture these images in different widths and lengths.

DJI previously used this technology in the Ronin SC series of gimbal series, and now in the Mavic Air 2 series it has used this feature to track the subject more intelligently. Previously, it used version 2.0 on the original Mavic Air and Mavic 2 series, which may have made some mistakes when following the subject. But now with version 3.0 Active Track can follow the subject in an advanced way all the way.

When the Mavic Air 2 is intelligently following your subject, it may get out of the camera frame in complex movements or when the subject is fast. But the Spotlight feature prevents this event and keeps the subject in the center frame of the camera.

With just a few taps, QuickShots gives you stunning flight sequences that boost the potential of videographers. Story patterns with music, special effects and filters take everything to the next level. And thanks to the added electronic image stabilization, QuickShots in Mavic Air 2 are smoother and more impressive than ever.

Increase battery life by up to 34 minutes

Other surprises of this product include its 34-minute flight time. The lithium battery that the company has considered for this product is lithium type and 3 cells. Other specifications of this lithium battery include a capacity of 3500 mAh and a voltage of 11.5 volts. The battery has a clever design that sends an alert message to the operator when charging is low. The battery charge level can be achieved by using the LEDs inserted on it.

OcuSync 2.0 capability in the new controller for more flight

DJI has planned a new remote for the multi-rotor. This radio transmitter has OcuSync 2.0 capability that increases its range up to 10 km. You can also receive a live video feed with a quality of 1080 pixels from the farthest point of flight, ie a distance of 10 km. Holder or holder for smartphones and tablets is inserted at the top of the remote to give the user a better view of the screen. This remote has no screen. A few buttons with smooth joysticks built into the controller make flying easier. Mavic Air 2 goes far out of reach, a distance of 10 km for filming wildlife that is not close to them or hard-to-reach places that are particularly attractive to watch.

Mavic Air 2, in addition to the remote control provided for it, can be controlled using your mobile phone and DJI Fly application. In this application, the operator has all flight modes, alerts, battery charge level, flight speed, flight altitude, imaging type And you will have access to all the smart modes of this multi-rotor. This software also has a tool for editing and sharing images and videos.

ND filters to adjust the ISO of images

Mavic Air 2 comes with two sets of ND filters that allow you to control the exposure to take the right photos. The ND 16/64/256 set can be purchased as part of the Fly More Combo and is excellent for adjusting the shutter speed in high light conditions. While the ND 4/8/32 set is great for shooting in places where there is not enough light. 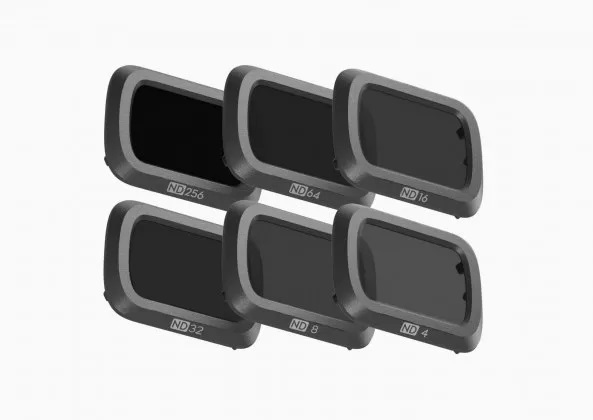 But what is the price for a product with all the features and capabilities mentioned above? The Mavic Air 2 is a $ 999 UAV that is currently on sale at the DJI drone Quaduae Store in Dubai.

In the picture below, you can see all the accessories and equipment associated with the quadcopter at mavic air 2 fly more combo version, including drone with camera Mavic Air 2, three batteries, radio controller, charger, battery, a few extra propellers, cable connecting the phone to the controller, ND filters, etc. 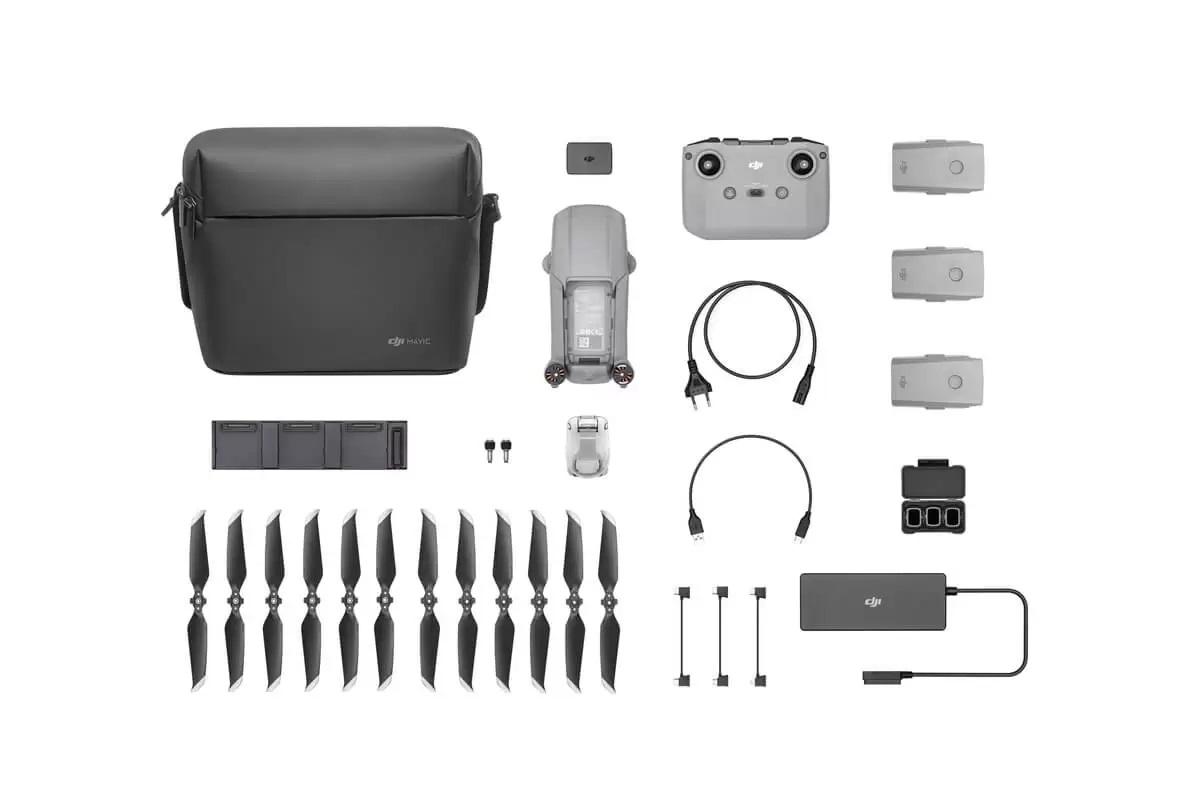 The advanced and upgraded version of this drone is Air 2 S, which you can buy now from this store.

For information on the price and order of this drone, visit the quaduae dji dubai store in the UAE.

Be the first to review “DJI Mavic Air 2” Cancel reply