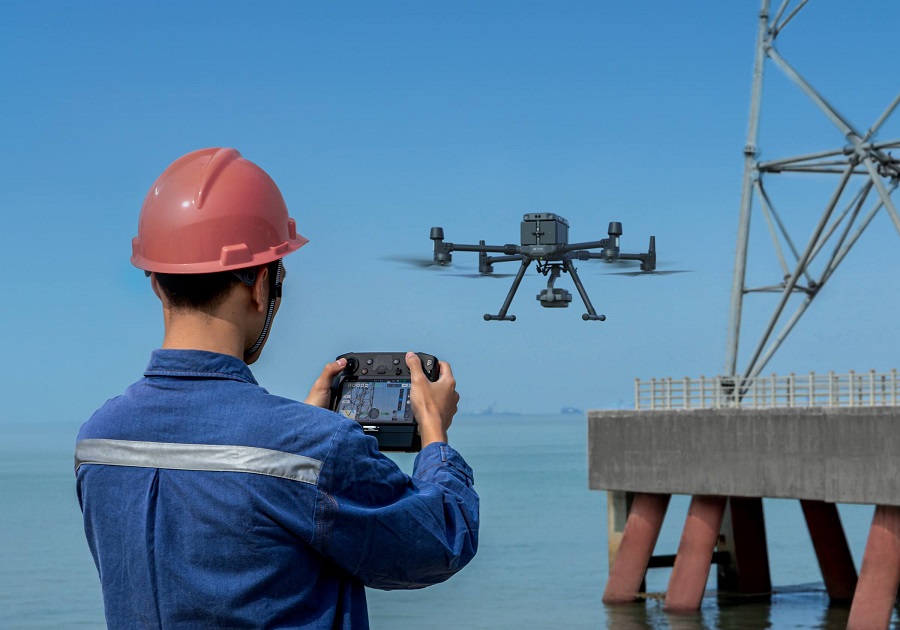 Just when the Covid 19 was at its peak, the DJI unveiled its industrial drone. Which area of drone activity is being considered by the DJi to introduce the Matrice 300 is a question we should ask the company’s executives. Easily supports zenmuse XT-XT2 gimbals as well as H20-H20T-Z30 gimbals for professional performance.

The most important features of this drone are:

1. The latest level of aerial filming and photography
2. Capable of 55 minutes of continuous flight
3. Comprehensive obstacle detection system
4. 15 km flight and image sending range
5. Ability of two operators and access to all flight information
6. Has IP45 waterproof and shockproof
7. The maximum flight speed is 82 kM/H
8. The maximum flight speed is 82 kilometers per hour

Matrice 300 has come to create a huge delivery in filming and aerial photography. Products that are now considered by national organizations and institutions.

The DJI is always thinking about transporting and moving its drones, in this regard, it considers folding and portable arms so that you can easily carry or maintain it after the flight. The quadcopter may have high dimensions during flight, but after the flight, you can fold its arms and carry it easily. In folding mode, the dimensions of this Matrice drone are equal to 81x67x43, which easily fits in the trunk of your car.

For the drone, the IP45 permeability standard was used, which prevents water and dust from entering the device. And on rainy days you can fly safely. The safety of the quadcopter is very up-to-date, where it can detect obstacles in all directions. The most important difference in appearance of this product with the previous series of drones is its Matrice reverse rotors. The rotors are mounted downwards and the main core is mounted at the top to be able to raise the gimbal and the camera from the takeoff level. The UAV power supply is a dual lithium battery that is mounted rail on the rear of the UAV.

The Matrice 300RTK allows professional videographers to simultaneously install three gimbals such as XT2 / XT S / Z30 / H20 / H20T on this device and record the best videos. Sometimes you need to use two cameras at the same time to film. Installation of two gimbals at the bottom and an upper gimbal are other good features of this Matrice enterprise drone. However, when installing the stabilization systems and the camera on the UAV, you will face a limit, the total weight of the camera and gimbal that can be installed on the Matrice 300RTK is ​​a maximum of 3 kg. Users can install up to 3 gimbals on the M300 depending on their needs.

The  Matrice 300 RTK comes with DJI Airsense, which detects all adjacent aircraft, such as real aircraft and UAVs, and alerts the pilot with a notification. This technology is commonly seen in real aircraft. In this technology, the ADS-B receiver can calculate and report the range and distance of the aircraft to the Matrice drone by receiving these waves.

55 minutes flight with one battery charge

Using a dual lithium power system allows you to fly continuously for about 55 minutes on a single full charge. The battery for this M300 is TB60 with a capacity of 5935 mAh, which allows 55 minutes of continuous flight. The battery is a dual type that is more secure and is inserted as a rail in the rear of the drone.
The battery have an intelligent system that when reduce capasity alarm to the pilot to return the drone home.
This smart battery consists of 12 lithium cells and its total weight is 1.35 kg.
DJI has introduced an 8-channel charger hub to charge the Matrice 300 batteries, which simultaneously fully charges 8 flight batteries and 4 remote batteries. With this charger hub, you can fly without interruption.

DJI has considered its smart remote for this drone, which has a 15 km radio field. The drone can also send 1080p videos from a distance of 15 km. in the DJI drones flight time of 55 minutes and a radio range of 15 km unique. The radio controller of this drone is equipped with a large display that can be used to view flight information such as flight speed, remaining charge and much more. But for this bird, a dual control system has been considered so that the second operator can control the additional loads of the drone. The additional loads on the Matrice are 300 cameras and gimbals.

Other features and special facilities of the matrice 300 RTK

Special capabilities have been used for this drone, which makes using that easier. The AI processing system simplifies Matrice control to record flight information and integrate it with other data.

In the first step, we introduce the AI Spot-Check7 feature to you, a feature that records everything you learn during auto-flight and recognizes some issues in the next operation. With this feature, the quadcopter detects a previously chased subject much more easily. AI-Spot Check, which allows you to collect data from exactly the same place at any time, greatly improves the accuracy of automated missions.

The second most widely used feature of the Matrice 300 is Waypoints 2.0 for flying over operator-selected stations, which the pilot can use to create about 65,000 airports.

This quadcopter also has an intelligent inspection capability that records all your work when flight, which can be useful for reporting its operations. This feature is called Smart Inspection, which records the operator’s activities such as gimbal rotation, aircraft rerouting, deceleration and acceleration, and so on.

Another good feature of this quadcopter is its AES-256 encryption capability, which protects all data and videos received from the camera. You can protect all your data with a security password.

DJI has improved OcuSync Enterprise movie transfer technology to enable 1080p triple movie transfer up to 15km thanks to its 2.4GHz and 5.8GHz radio connections, which is faster and better than what we’ve seen before. This technology actually switches automatically to 2.4 and 5.8 GHz frequencies, in which case it uses the signal with the least traffic for better transmission quality.

Price and buy of Matrice 300 RTK

The DJI Matrice 300 RTK could be the best DJI enterprise drone ever built. In this section, we have introduced this product to you as much as possible. But in terms of the price of this product, since the previous series, the Matrice 200 V2, was offered at a price of less than $ 10,000, it is likely that this industrial drone will also be sold at a price above $ 13,000. Customers can purchase this advanced DJI product from here, the DJI store in dubai.

Be the first to review “DJI Matrice 300 RTK” Cancel reply