In this section, we want to compare two DJI Mini 3 Pro and DJI Mini 2 drones. Two products from DJI’s mini drone series, both of which are ideal for beginners and those looking to buy a low-cost drone. The DJI Mini 2 is the base model and older brother of the Mini 3 pro, which was officially introduced by DJI in November 2020.

DJI had a lot of flaws in its first mini drone, but gradually ended the process and now we see a unique product, the Mook Mini 3 Pro. A drone that is certainly the best option to replace the Mook Mini 2.
But most of the upgrades, as expected, have been in the camera and drone safety sections. We now see an obstacle avoidance system, 4k / HDR movies and a fantastic flight time of 47 minutes.

DJI still maintains a weight of 249 grams. There are certainly many reasons why DJI does not want to increase the weight of its mini drones from 250 grams.

DJI has changed the game in many ways in its new series of mini drones. This is the first time that DJI has produced a drone under 250 grams, which can not be called a beginner drone. The puzzle is a bit confusing now, unlike other DJI Mini 3 Pro quadcopter drones, it lacks a combo pack and is only available in standard packages.

If you look at the specifications of the two drones in the table above, you will see that both drones are almost identical in size. The Mini 3 Pro is almost longer and wider, but slightly reduced in height. Perhaps the reason for the increase in volume of the DJI Mini 3 Pro is the inclusion of obstacle avoidance sensors. 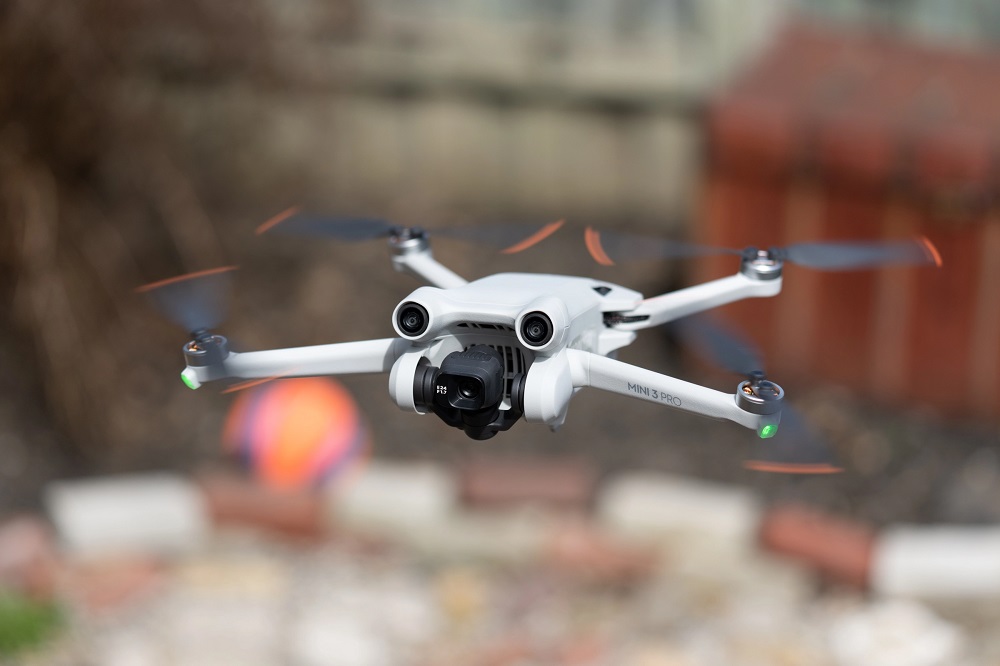 Gimbal has been rebuilt for Mavic Mini 3 Pro. This allows you to easily switch between portrait and landscape mode.

Although it is slightly larger when folded, it takes up more space when flying due to larger locusts. This allows for more efficient flight and less noise during the flight.

Both drones are on the same level in terms of speed and wind resistance due to their equal weight. Although not comparable to the Mavic 3, they act as a great mini-drone. The maximum flight speed for both drones is 16 meters per second. But in terms of wind resistance, the Mini 3 Pro works a little better. Of course, there are three flight modes that you can use the sport mode to achieve maximum speed. 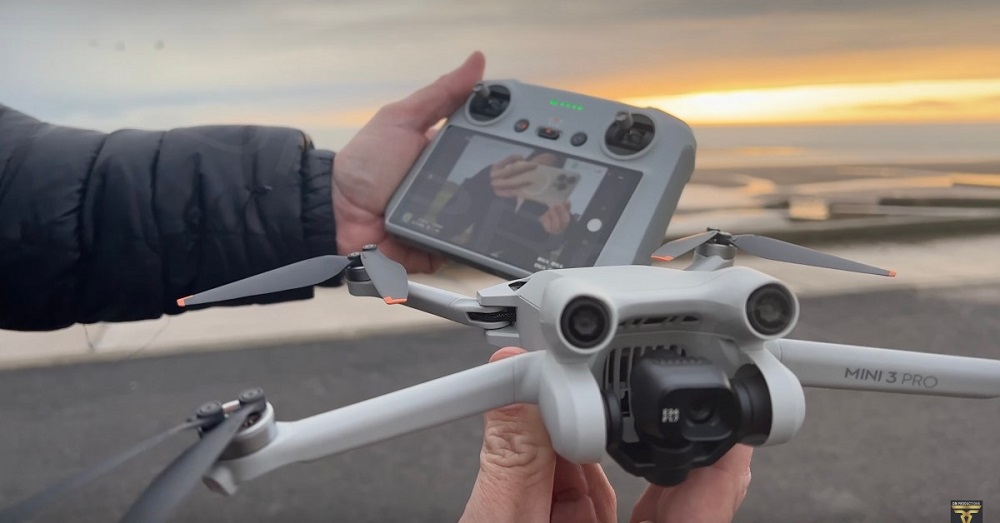 The reason the Mini 3 Pro performs better in signal transmission is the use of the OcuSync 3.0 transmission system. With this transportation system, interference is greatly reduced and you can easily steer your drone to the farthest distances.

If you want to fly in a closed area, sensors make it easier to detect obstacles. This is one of the biggest updates you’ll see on DJI mini drones. Obstacle detection sensors detect obstacles in three directions: front, rear and bottom.

If we want to be more accurately divided by the Mini 3 Pro, we will notice important features of this product. One of the most important aspects of a camera drone is video quality and imaging, which is very important for content filmmakers and content producers. This time, the DJI have a larger and 1.3 -inch sensor for the Mini 3 Pro, which can capture high quality videos and images.

Other features of the DJI Mini 3 Pro Camera, which make the competition win, include a fixed and more open aperture F1.7. The camera also automatically displaces between vertical and horizontal modes.

in the Compared Mavic Mini 3 Pro with the Mavic Mini 2, we saw many useful updates for the new series, one of which is the APAS 4.0. This is a safety item that shows you the best way to cross the barriers. This is not the latest version of APAS. We’ve already seen the APAS 5.0 in more advanced DJI models such as the Mavic 3.

We also see the Active Track 4.0 feature for the first time in the Mini Mini drones. However, you can easily follow the subject you are moving. Along with the obstacle detection system, the subject’s tracking gives you the opportunity to shoot easier than ever before.
D-CINELIKE and Normal video profiles along with Mastershots video modes help you a lot in the film, which we were deprived of in the previous DJI Mini Drnted series.

Although the superiority is completely with the DJI Mini 3 Pro, there is not much difference in their price. The DJI Mini 2 fly more combo is priced at $ 599, while the DJI Remote 3 Pro was priced at about $ 749 by the DJI. It is a good opportunity to upgrade your UAV and use new features in the DJI Mini 3 Pro to improve your business or even enhance your video skills.

quaduae is the dji drone shopping center in Dubai, UAE, which offers all the company’s products to customers with unparalleled after-sales service.